So as announced last month, here is the first in the series of posts meant to catch up with what I painted in November (precious few actually). This time it is the Brandenburg Hussars, or as one could say, the most illustrious unit in a row of illustrious units that fought at Möckern. 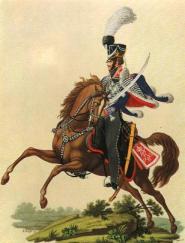 The regiment was disbanded after it capitulated at Ratekau following the defeat of 1806. In 1807 it formed a squadron in its former depot as Freikorps Marwitz and amalgamated with Blücher’s Corps to create the 1st Brandenburg Hussar Regiment on 7 September 1808 (Husaren Regiment Nr.3). The regiment’s 2nd squadron served during the Russian Campaign of 1812 on the French side. But with the beginning of the Befreiungskriege just like the rest of the Prussian Army it fought the French once more, taking part in all of the 1813, 1814 and 1815 campaigns. But as most will agree their finest hour was at Möckern. When von Yorck saw that in spite their best efforts, the infantry was failing to take Möckern and the surrounding fields, he unleashed the cavalry. Now the French infantry was in no good state at that point of the battle and there are many accounts of some of their officers leaving (some would say deserting) their units to attend important business at higher commands. When the cavalry, lead by the Brandenburger Hussaren, hit them, their squares were not properly formed and broke under the cavalry attacks. So with their charge, the battle for Möckern was won. Many say that this loss forced Napoleon to reposition his units and eventually led to his his defeat at Leipzig. 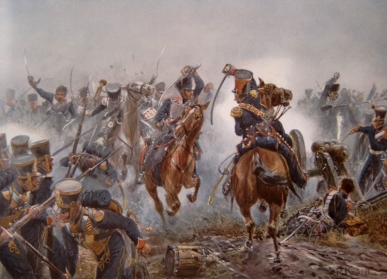 In 1860, the regiment became part of the federal army of Germany and continued to serve into the first World War.

But now on to the minis. These are Calpe Miniatures, but I guess this comes as no surprise, since you will all have realized my preferences by now! Unfortunately these were a bit of a rushed job, so I could not do them as much justice as they deserve, but I hope you will like them anyway: 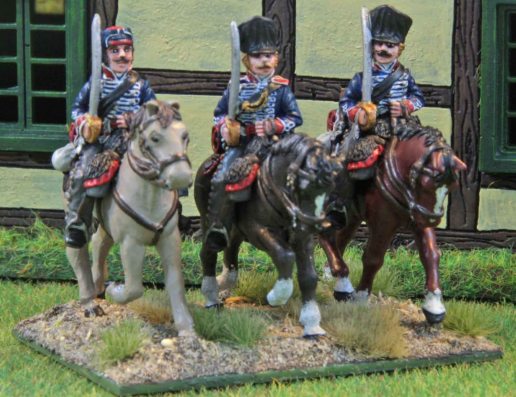 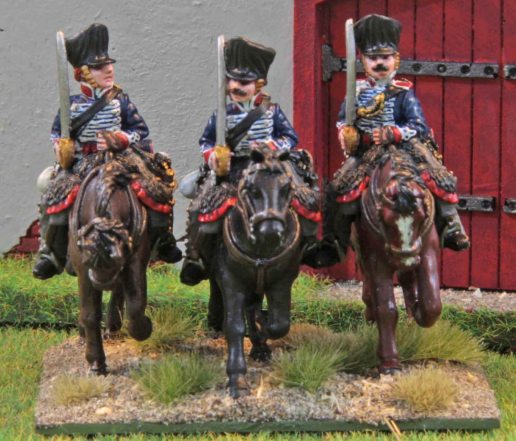 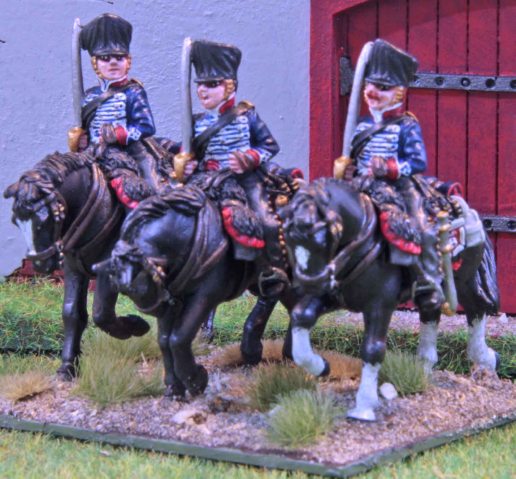 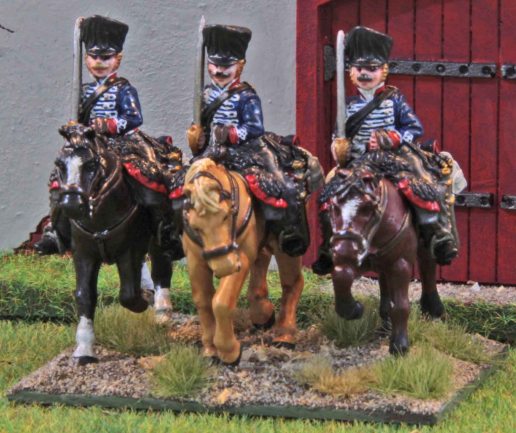 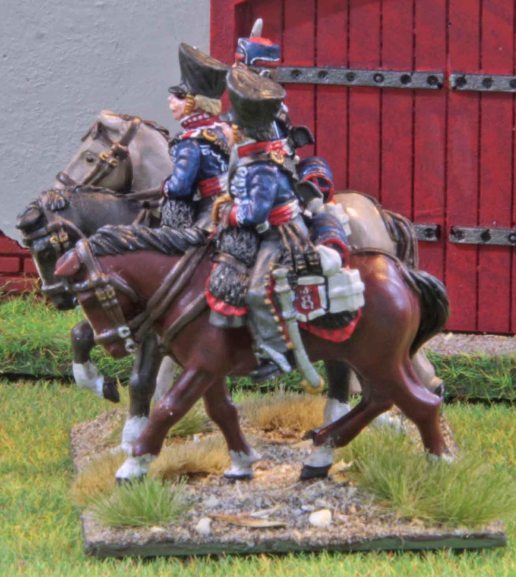 So up next are the two missing command bases for the Prussians at Möckern. You can expect those either tomorrow or on Friday.