So, ten days after Crisis in Antwerp and I can finally try to catch up with life (so expect a few more posts in coming days).

Up first is a troop of Stuart Honeys for WWII. Just like the Shermans I did a couple of months ago, these Stuarts carry the markings of Irish Guards. Since the Shermans will be my strongest British tank force, it made the most sense, to depict the Stuarts as being from the same unit. The models used are M5A1 Stuarts from Company B which I bought for this purpose about a decade ago! The tanker is from Warlord Games. Since the Company B models usually do not come with open turret hatched, i had to drill and cut this one open and build a replacement hatch from plasticard.

It is pretty hard to find definitive info on which models the Irish Guards actually used. I think it might have been the M5 model, but personally I can live with M5A1s! Why am I calling these Honeys? Officially only the M3 models were called Honeys, but most Commonwealth soldiers just stuck with calling the later models Honeys as well, so I am doing the same. 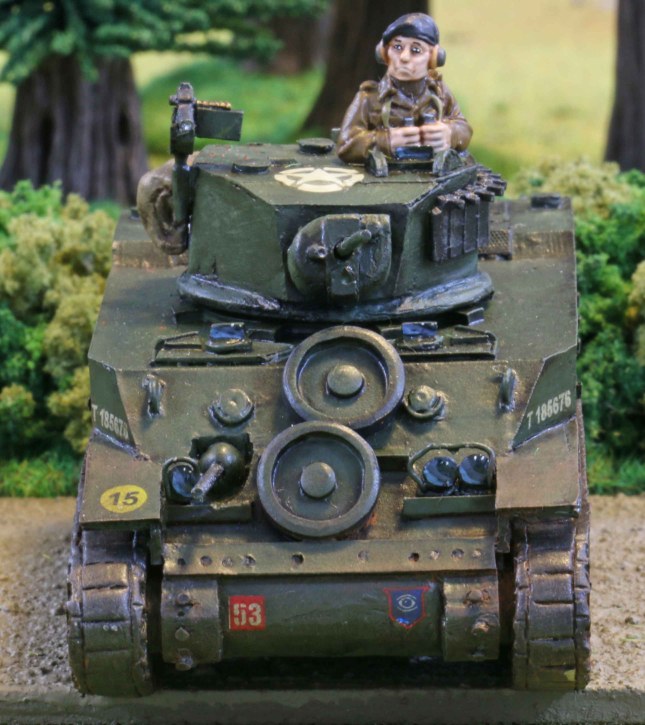 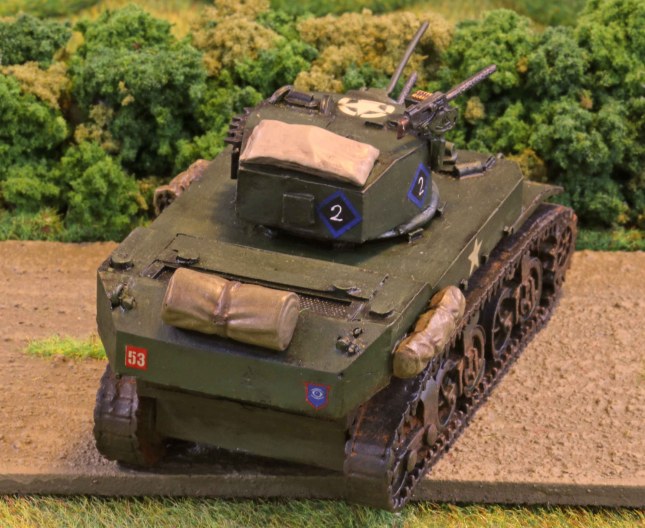