RSS
← Panzerkampfwagen I Platoon and more
Contemplation lookout for Infinity →

Just a short post today of some additions to my Combined Army I painted a few weeks ago… a unit of Suryats. While Iam getting ever more of a feel for the game, I do at times struggle with the units at my disposal. Most infantry seem to die too fast, so I decided to paint up a unit of Suryats. With two wounds each, I hope they will be a little more robust, but since I have not fielded them yet, it is still too early to tell. 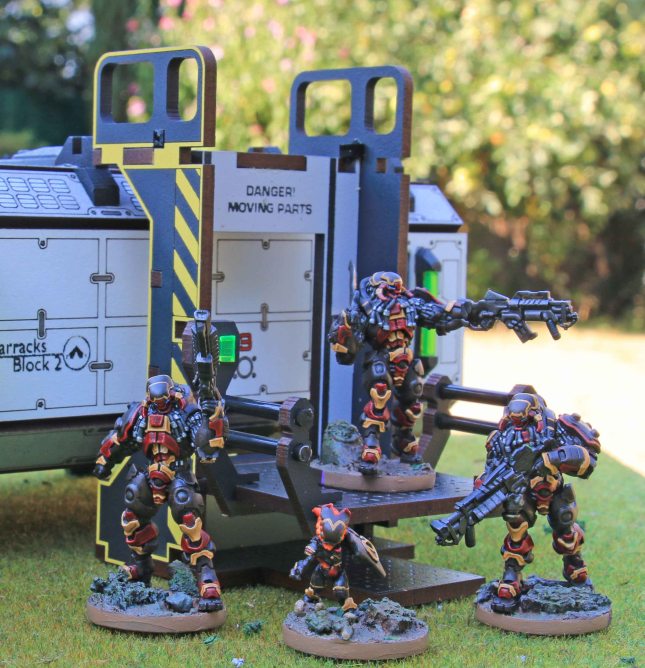 The lift in the background is from Antenocities Workshop as part of their Forward Base range. I repainted it a little to give it more contrast than just the light grey and yellow. Quite happy with it (and the second one from the set). I was contemplating buying the set or not, since they are designed for the post Kickstarter version of the Forward Base, but it seems the Kickstarter version (which I have) and the post Kickstarter version both have the same hight and shape so they fit mine as well. Although I have to say that the lugs where you can fit the security barriers to the roof of most Kickstarter buildings are in the way of them really hugging the buildings. Except for some of the  larger buildings where there are spots where the lugs are further apart. But I can live with that.

← Panzerkampfwagen I Platoon and more
Contemplation lookout for Infinity →