Next batch for the Galactic Empire (Star Wars Legion)

Still in the process of catching up with minis I painted in recent months. This time it is Star Wars Legion.

Up first is the E-Web. The model did not really do to much for me at first, but once it was based I really liked it. Biggest problem was matching the colours to those of my Snowtroopers. I had never expected a heavy weapon for SW Legion and did not want a second set of Snowtroopers, so I had not written down the colours used. Still did not somit this time. So given my average luck, they will do another unit based on Snowtroopers one day. Still not 100% sure what to make of them in the game though. Played them twice. In the first game they got annihilated pretty fast due to a stinking to hit roll from my opponent and a botched Safe by yours truly. The other game they actually did pretty good. 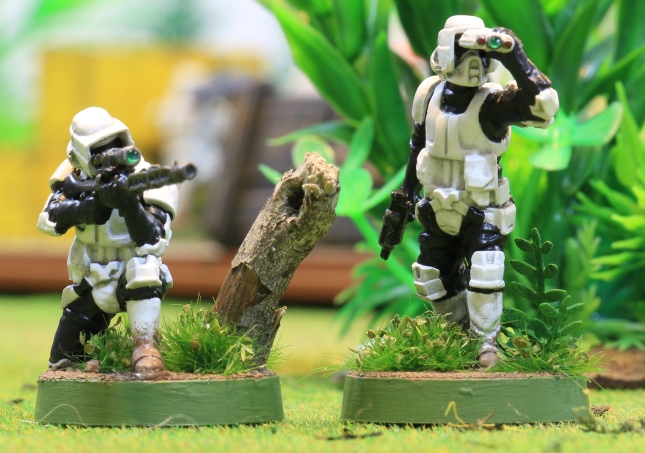 Next are the Scout Troopers. Looks wide they were always my favourites in the original movies (Episodes IV to VI). In this sense I really liked painting them. Game wise the sniper team has been doing well, although I am still frustrated to see hoy much better the Rebel Commando Sniper team is. The saboteur team has not been doing as well due to their weak saves, but with the Red Guards and medical droids our now, I might give them another run. 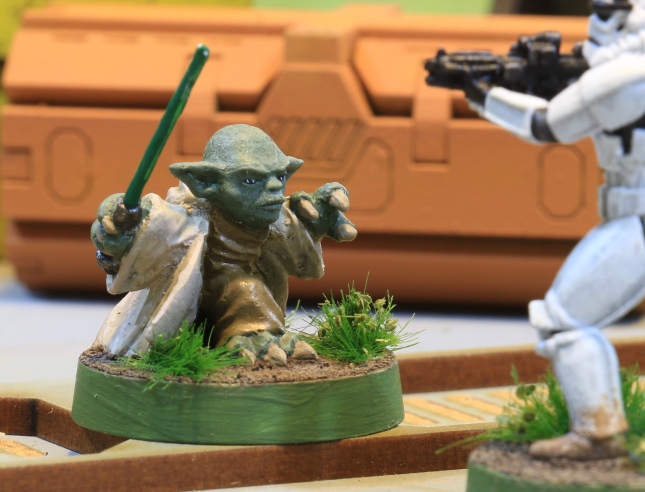 While not part of the Galactic Empire and still without stats, here is my Yoda. The mini is by Alternative Gaming Miniatures. In real life he is nicer than he looks on these photos and I really enjoyed painting him. Really hope there will be stats for him with the Clone Wars expansion.

The model itself is gorgeous, which is only emphasised by the fact that is is completely poseable. I also used it as a test piece for my Early War German armour. I was very happy with all the fading effects on its paint, so it became a successful template for its historical brothers. 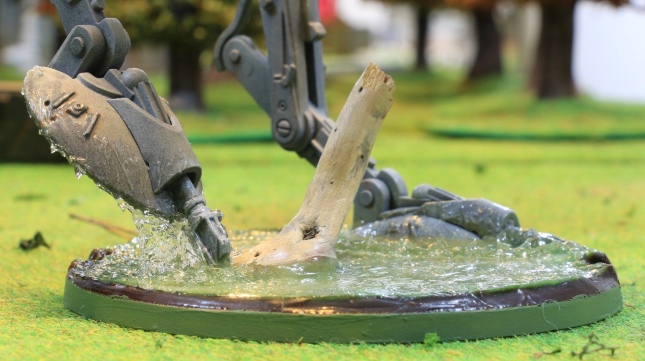 I wanted a very dynamic pose on this model with a raised foot. With its long legs the model itself became a little wobbly and I did not want any supportwires to show. Since my Imperial troops are based for a jungle planet anyway I decided to have him wading through water, with the water running off the raised foot and water splashing around the other foot.