This weekend saw the “Römerfest” in the Archeologischer Park Xanten. This is the archeological park build on the remains and rebuilding the Colonia Ulpia Traiana, the second most important town in Germania Inferior (after Cologne) under the Romans. The place is always worth a visit IMHO, but this year saw them host the Römerfest again. This means the place is filled with re-enactors (mostly German, but I saw groups from Belgium, the UK and Italy as well), traders and host a number of displays, like Roman drill, cavalry display, artillery demonstration and gladiator fights. The weather was fine and the camera even allowed me a few decent photos. I will leave you with the photos and only a few comments of my own:

Up first the drill display (as this was a UK based group of re-enactors “The Ermine Street Guard”): 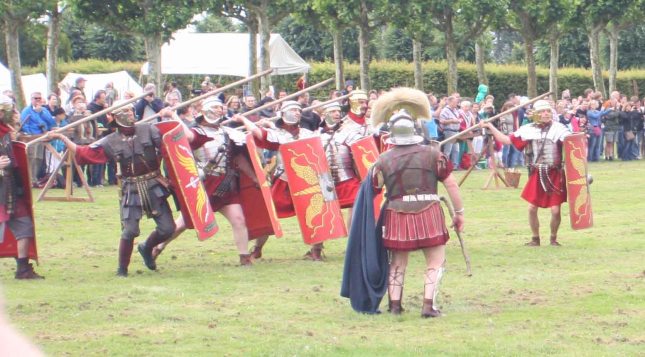 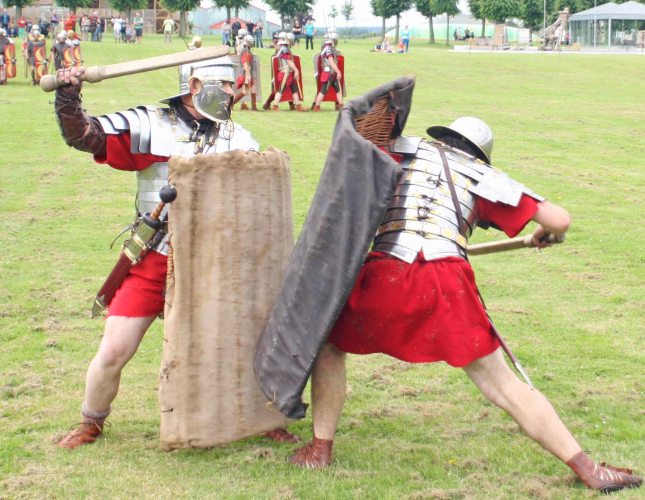 The cavalry display showing 4 riders with equipment from different periods from late republican to late roman. The outfit was called Timetrotter. (Please be aware, that they do reserve the rights for commercial use of any photos showing them. While this is not legally binding, if you want to make any commercial use of these following photos, you have to contact them not me to avoid any troubles.) 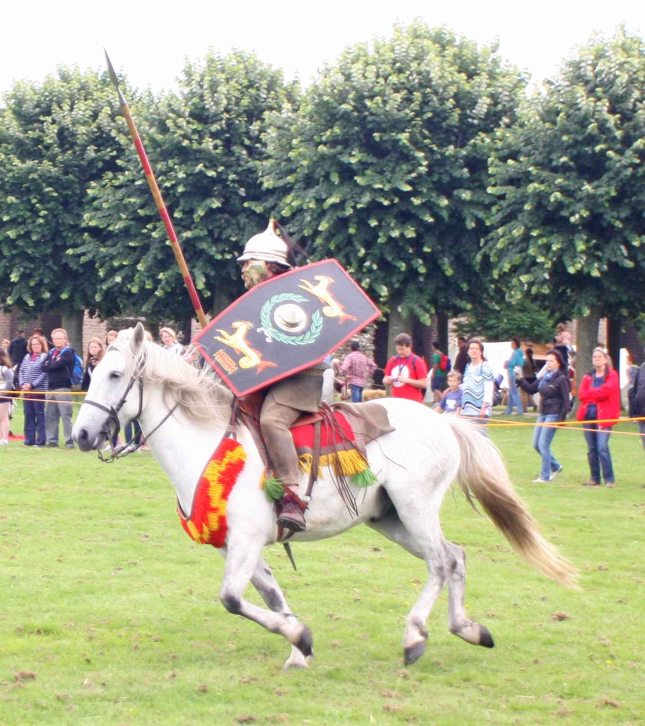 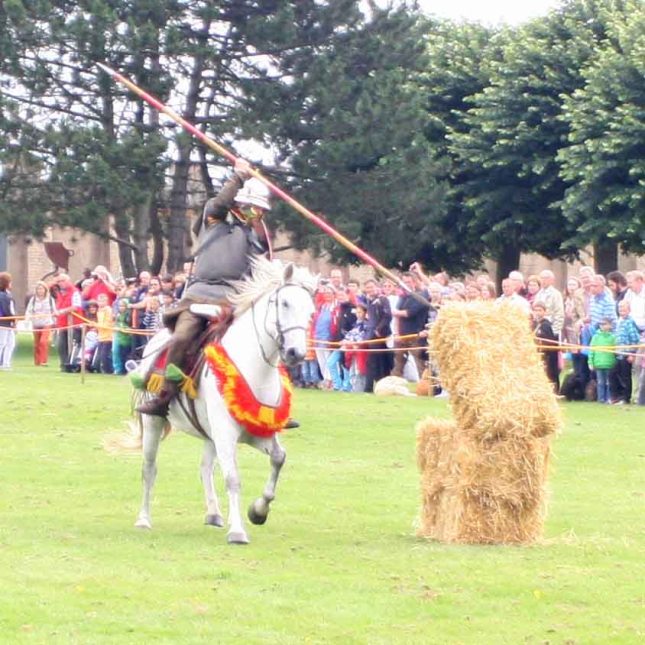 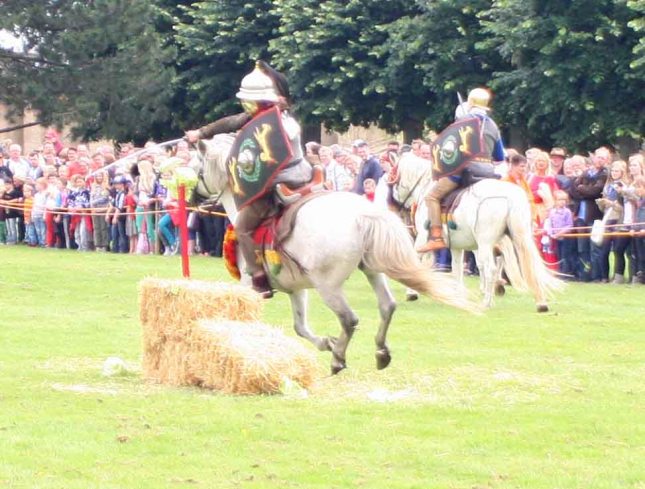 There were lots of Ballistae of different sizes on display. There is one thing I want to mention regarding this one very fine example. I was standing by when one of the re-enactors was explaining a good deal about this weapon and their own research to some visitors. When he was done one of the visitors said that they were tabletop wargamers and while this was bleeping great to see it live they did not care too much about the background and much less about the actual firing of this weapon. Not sure if you should happen to read this blog, but if you are… Next time please show some respect!!! This man was as serious and passionate about his hobby (which is not too far from yours) as you are about yours (hopefully) and he sure deserved better than for someone to tell him he did not care, because you were just after a peepshow! Imagine how he would have felt with the roles reversed! 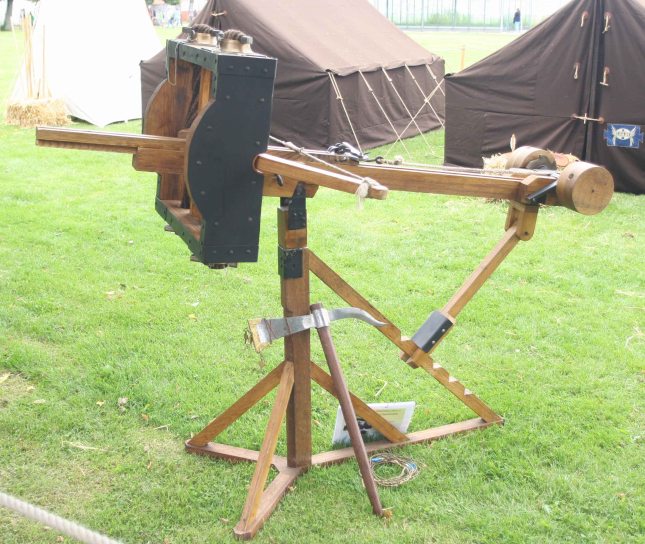 There were parades on of the main walk in the park at various times during the day, which was a good chance to see all the “Centuries” and their uniforms! 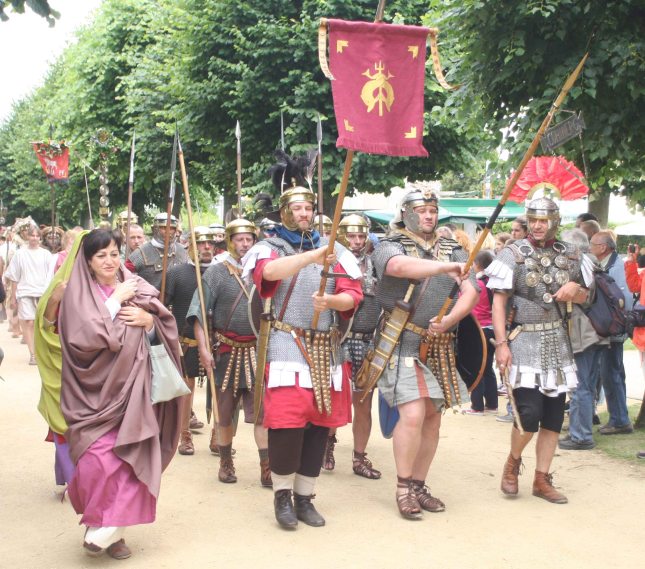 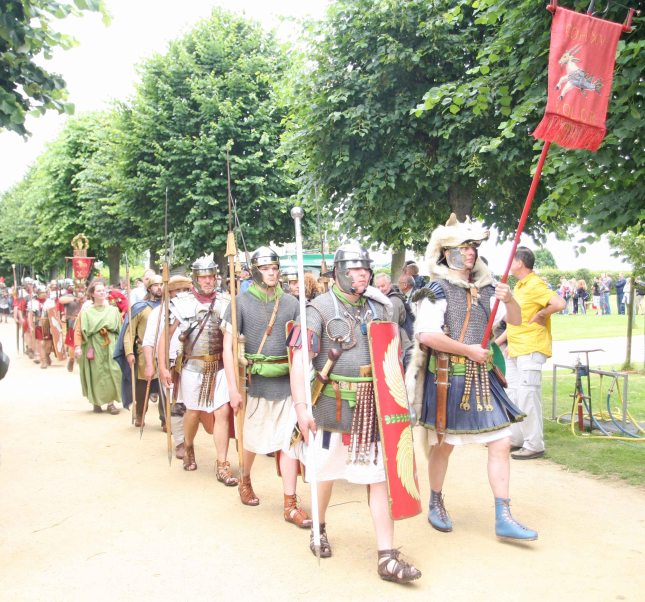 Here are some impressions from the various camps: 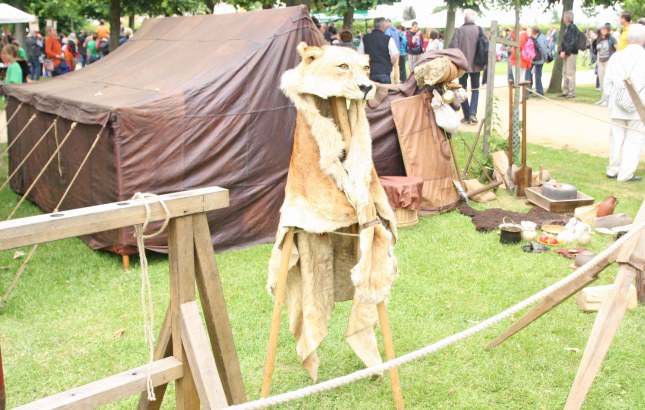 These two were later used in a life firing display: 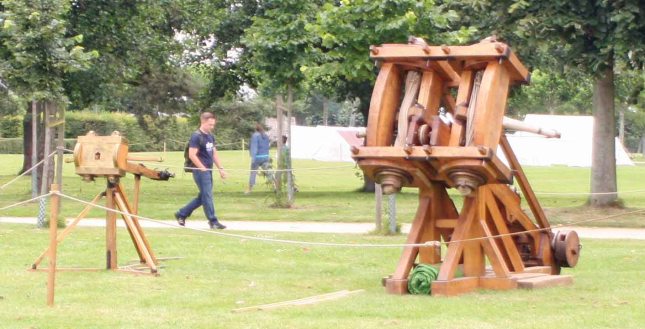 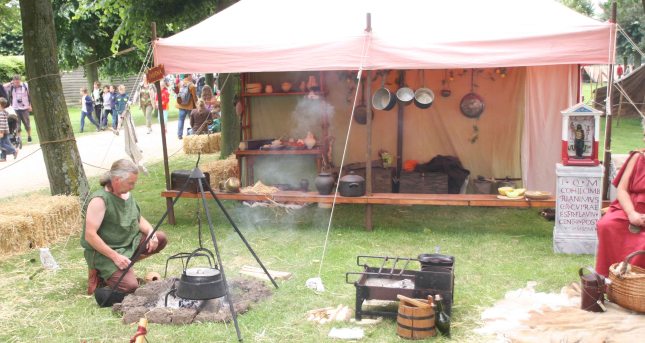 And last but not least another drill display by a local outfit which also performed the firing display:

I assume this broken torsion arm was from an earlier use of the stone thrower, for on Saturday everything went just fine! 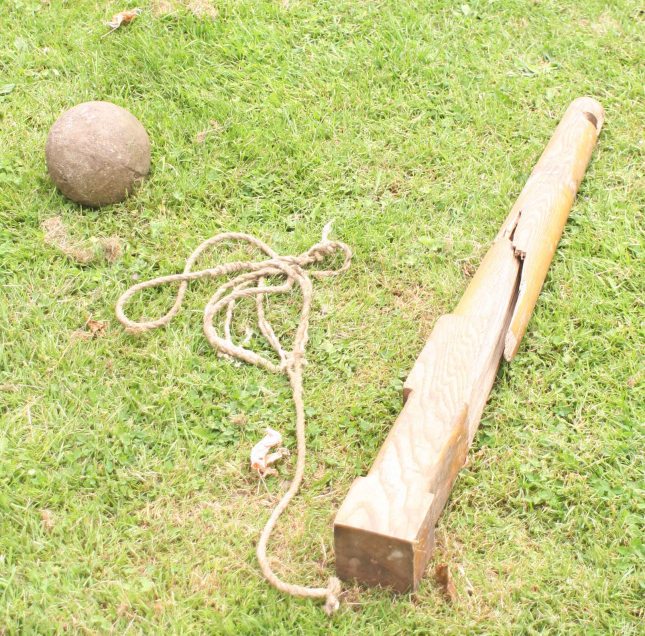 Posted by Burkhard on June 16, 2014 in Ancients, Historic research, Romans