A couple of weeks ago, I official called my Bauhaus minis finished… that is until Prodos released some new stuff, which they did for Spiel in Essen last month. One of them was the Venusian Marschall / Kaptain mini. As I said before, one of the aspects that drew me in on the first and second editions of the game was the Paul Bonner artwork showing the Marschall and I think it has been one of the most iconic pieces for most players!

So with the new mini out, I had to get one. I wanted to stay close to the artwork, but also wanted him to be an individual piece. As such I made a few changes to the colour scheme. For one I changed the colour of the cape from brown to grey to get a better contrast with the fur, I changed the backdrop on his shoulder pads to red instead of blue and gave the horse brown leather briddles and such (always hated the look of colored leather). Looking at the painting now though… I think I might go back to the mini soon and give the horse grey flesh around the mouth / nose and black tips to the tail and mane. Which only proves, that one should not just remember a painting, but also look at it, when you take it as a reference! 😉 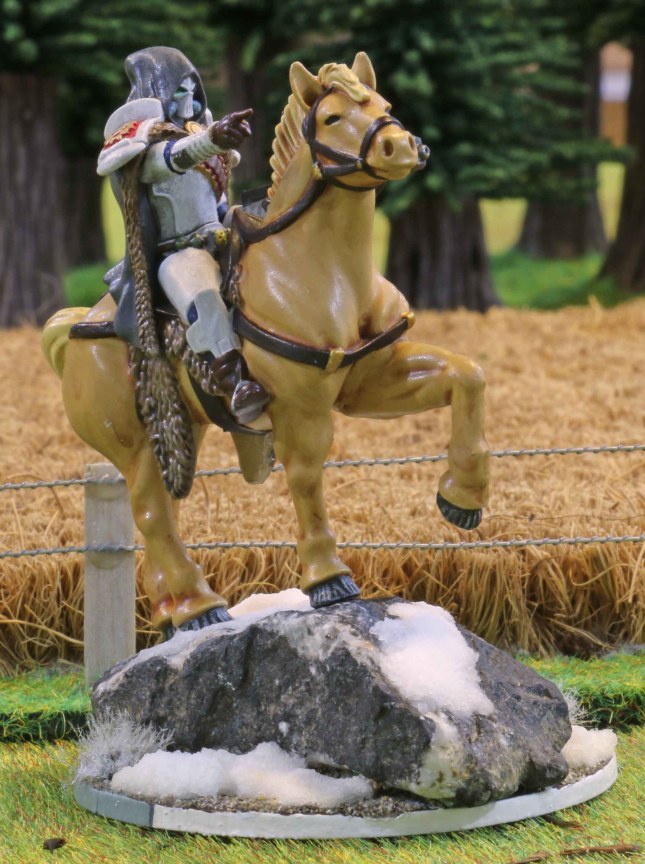 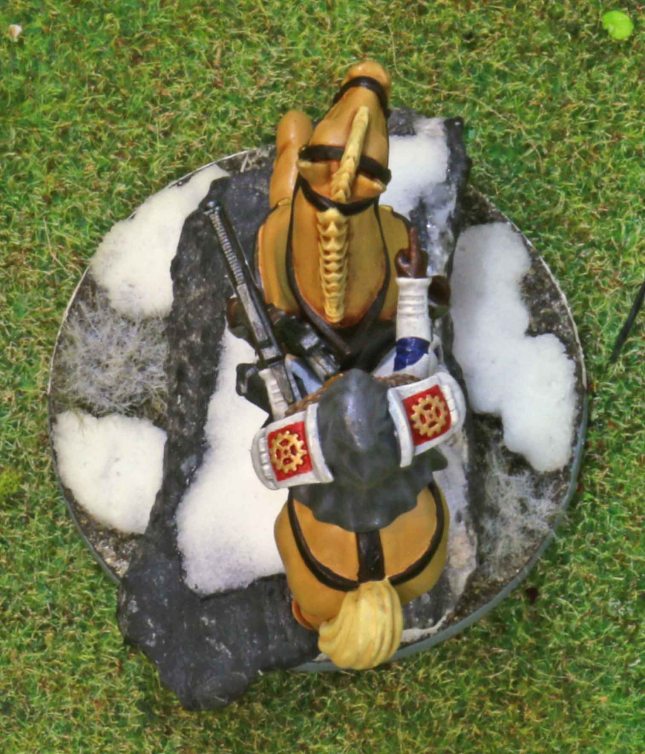 And last, there are new models for the Venusian Rangers as well. I really love my original converted ones, but these were just too great to pass by! I painted them in the same colour scheme as I did my original ones, to make sure they fit in. That being said… I am not sure if I am ever going to play three squads of them, but it is good to have them ready should I need them! While the booby trap marker that come with the new models does not match my custom build ones, I still liked it a lot and painted it up, too. No harm in having two different types of markers, right!

Posted by Burkhard on November 14, 2014 in Bauhaus, Warzone Resurrection

← All the little things
Warzone Resurrection: Dark Legion vs. Bauhaus →